All set up for #AllHallowsRead!

Not as many books this year. Last year I had money troubles, but fortunately many generous people donated cash to help me purchase books.

This year I was simply short of time, because life got in the way, so my buying happened at the last minute. Still spent a couple of hundred, though it doesn't look like it. Most of the books I ordered arrived on time, but a handful are late, so I'll have those put aside for next year!

And I'd also like to thank both Katrine and Guttermonkey! Katrine for offering to give me money towards this year's All Hallows Read, and GutterMonkey for the surprise package of books that arrived.

Thank to all the people who have offered money to help out. Wondering if I should do the GoFundMe thing again for those souls who want to help give spooky books on Halloween.

Tried putting photos in this post, but LJ wouldn't let me - weird! 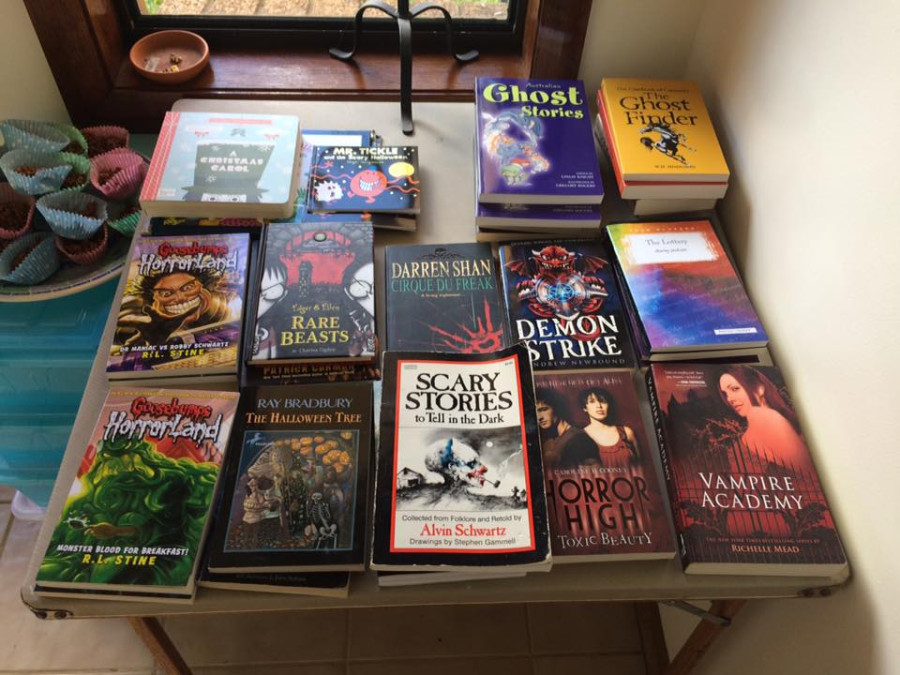 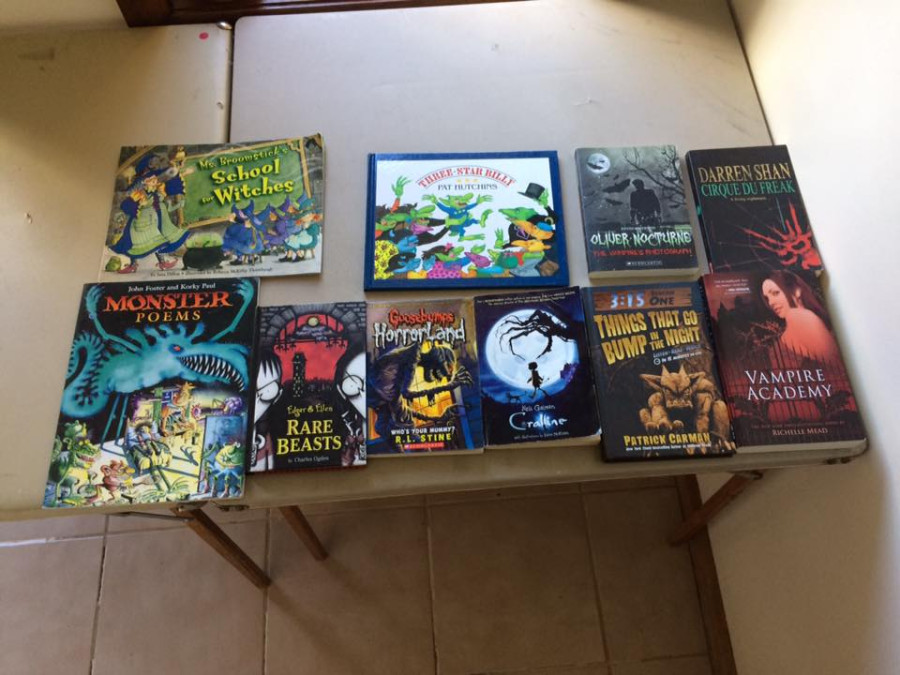 The first photo is of tonight's set-up, the second is of the generous book donation from Guttermonkey! It's help to swell the number of books, and their variety, very nicely given I was a slack bugger this year!

It was a good night. Quieter than the previous couple but they were on a Friday and Sat, so I expected this to be slightly more sedate.

Son was very pleased so many people recognised he was a Creeper :) 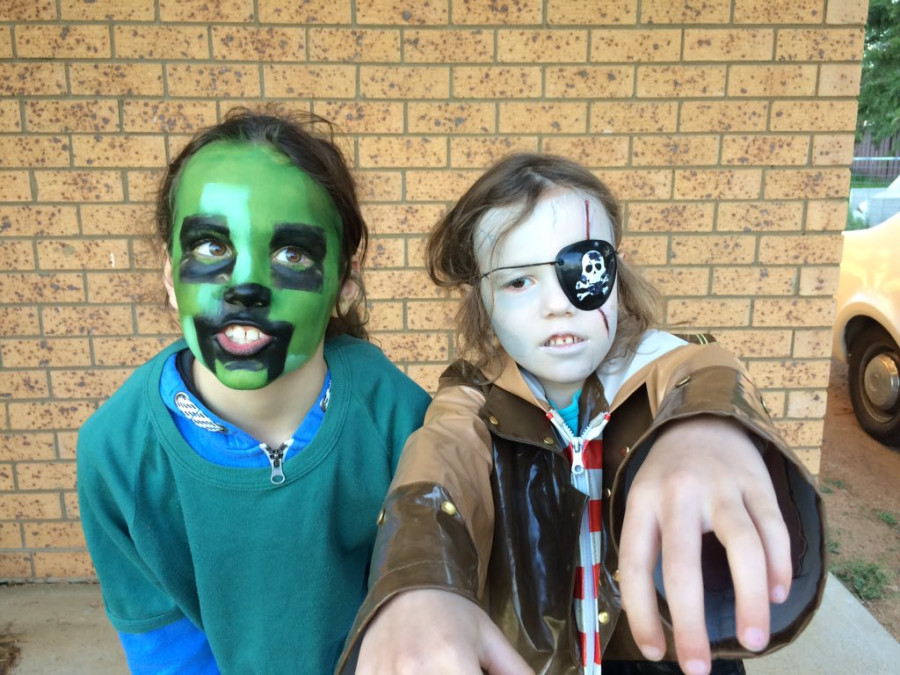 As is the trend I've noted other years, girls usually go to a lot more effort than boys.  Better (usually home-made or cobbled together) costumes, make-up, etc.  Some boys make an effort, but for most they buy something.  Girls make stuff, or at least add on to what they have.

One of the boys who came around, and who'd made an effort, proudly told me he still had his book from last year, which was nice. One girl in a great, home-made spider costume, complete with eight eyes, was happy enough with the chocolate crackle. When I told her she could have a book as well, she screamed, "Books!" excitedly.  I let her choose hers, because I figured she'd earned the choice :) 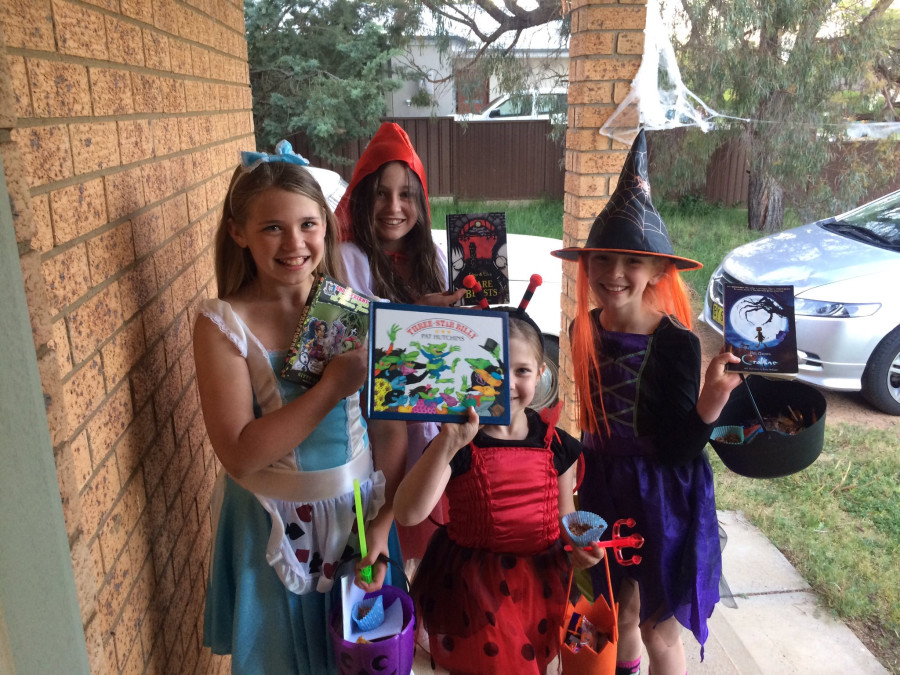 This little group rocked up again. I remembered them from last year, and they remembered us. They offered us lollies before we had a chance to offer them books, but were all happy to get some reading material. 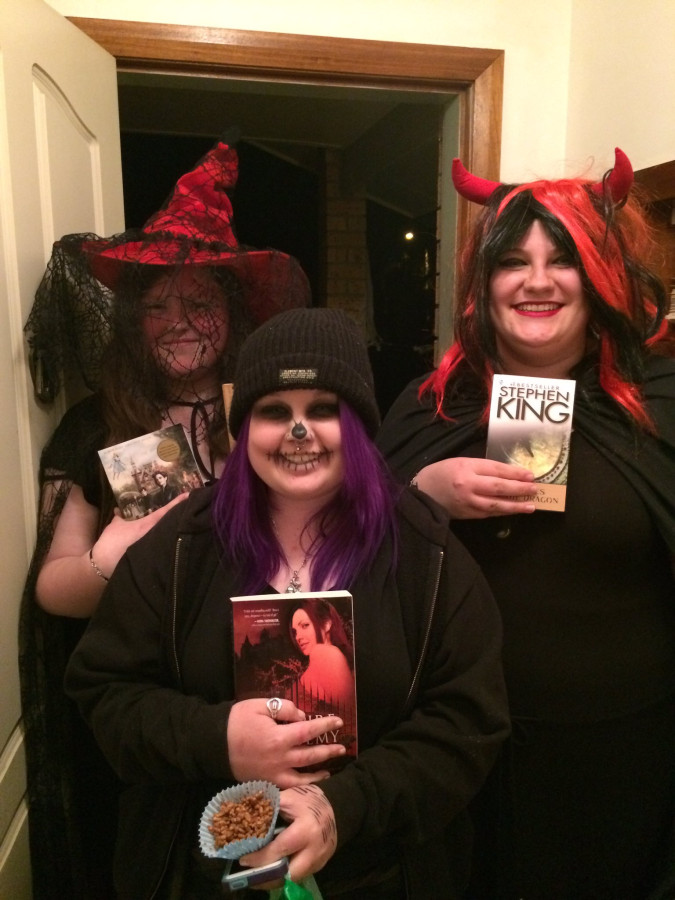 These were the last of the night.  First time they'd ever done the trick or treat thing, and were apparently voracious readers.  The girl at the front picked a book that she loved and had to keep borrowing from the local library - so now she's the proud owner of her own copy!

Needless to say, that makes me super happy! 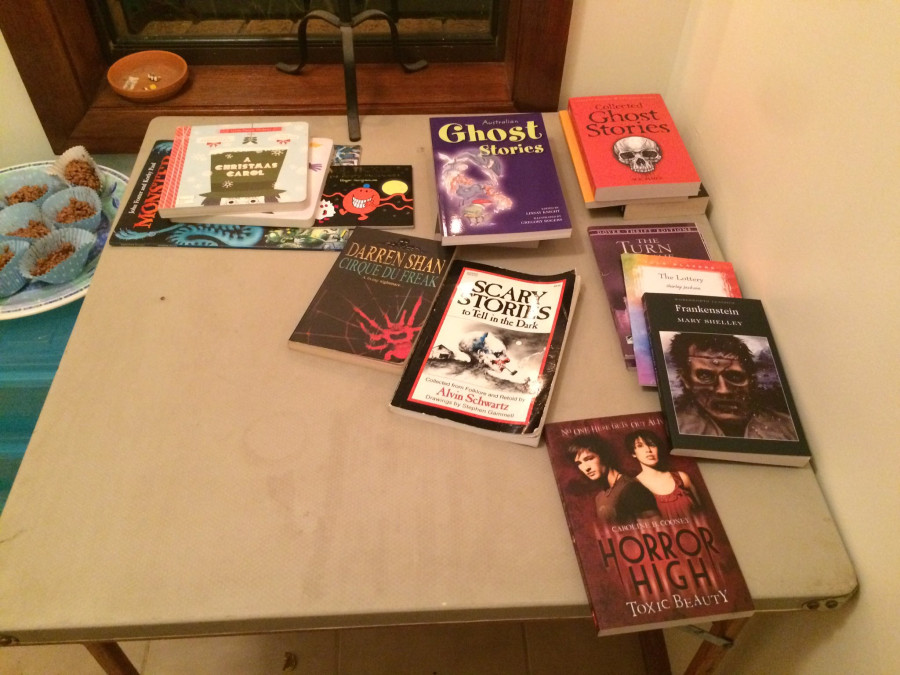 And we have books left! We usually only have a small handful, but this time we have a few, which gives me a good headstart on next year.  Means I can look at the age-ranges I'm short on, and add more variety next year.

All up, it was a good night.  And I've already had a few people offer money and books for next year - Yay!
Collapse